Sewing a Halloween witch hat and broom for Barbie 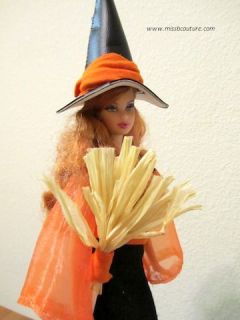 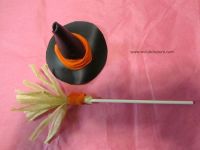 The hat is made with a thick faux leather. You can easily replace it by cardboard and recover it with black fabric.

What you need for the fairy hat 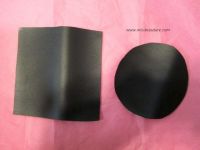 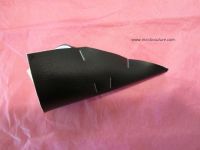 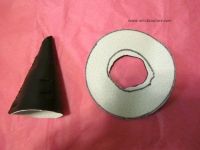 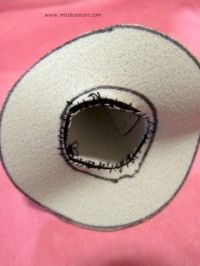 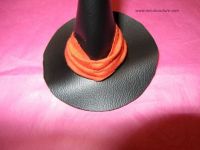 Then sew the orange piece of fabric (or ribbon) arround the hat.

What you need for the witch broom 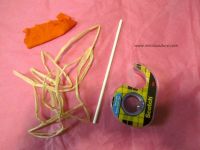 -       One stick lengh 6” (15cm)
-       Hay, or anything that can look like hay  (I had a hay ribbon)
-       Double sided tap  (or glue) and orange ribbon
Take the stick and put a piece of sided tap on the top. Put the hay arround it. It doesn’t have to be perfect.
Then tape gain arround the hay. You can use glue if the tap doesn’t stick enough.
Sew a little piece of orange fabric arround it, sew it very tight so the hay won’t move. 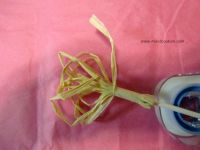 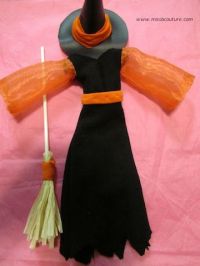 The Halloween witch hat and broom are ready!

Your (kind) witch is ready to fly away !